I was commissioned to build Bandai's 1/100 scale Master Grade Gundam Heavyarms, this MG kit being the Endless Waltz version. The kit was fully repainted and weathered to look used and functional, but not too battered. In-kit stickers and dry-rub transfers were ignored and waterslide decals used instead. It was built as a snap-fit kit as designed with only a minimal amount of permanent gluing resulting in articulation and poseability being maintained. The model was finished with Tamiya acrylic paints and Mig 502 Abteilung oil paints.

Throughout the build, I constantly mis-typed his name, so for evermore to me he will be known as Heavywarms.

You can see a four part video build diary at the bottom of the page, or right here: Gundam Heavyarms Video Build Diary 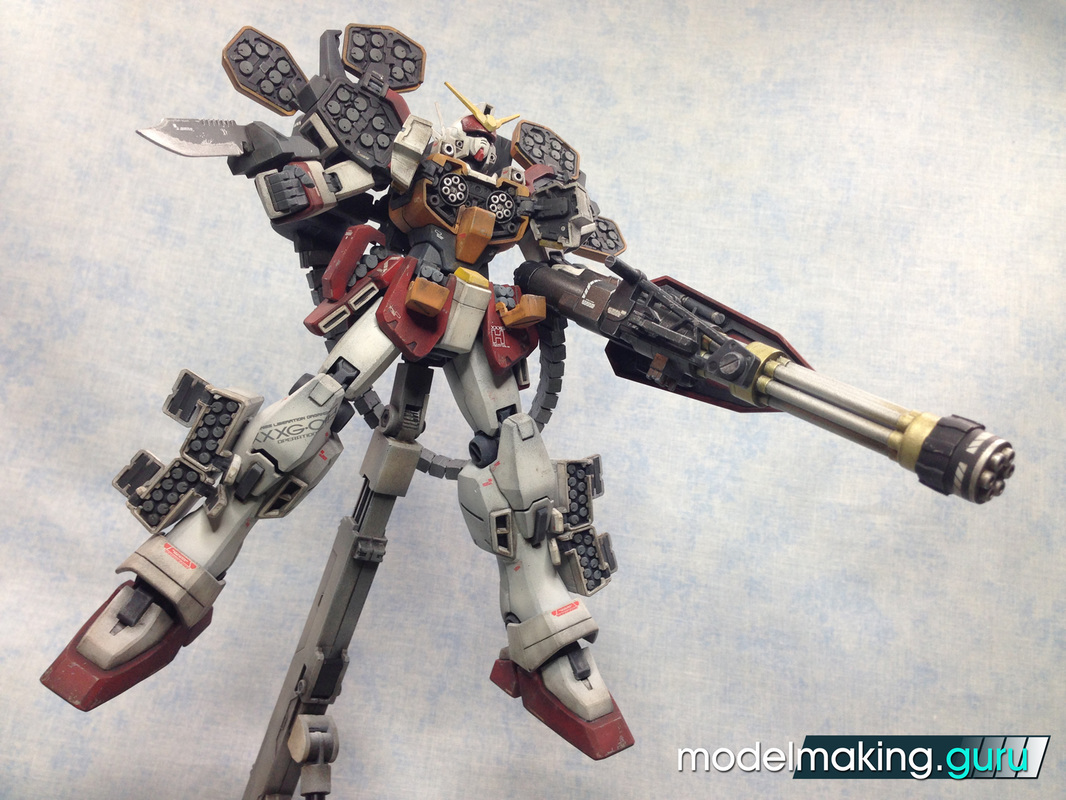 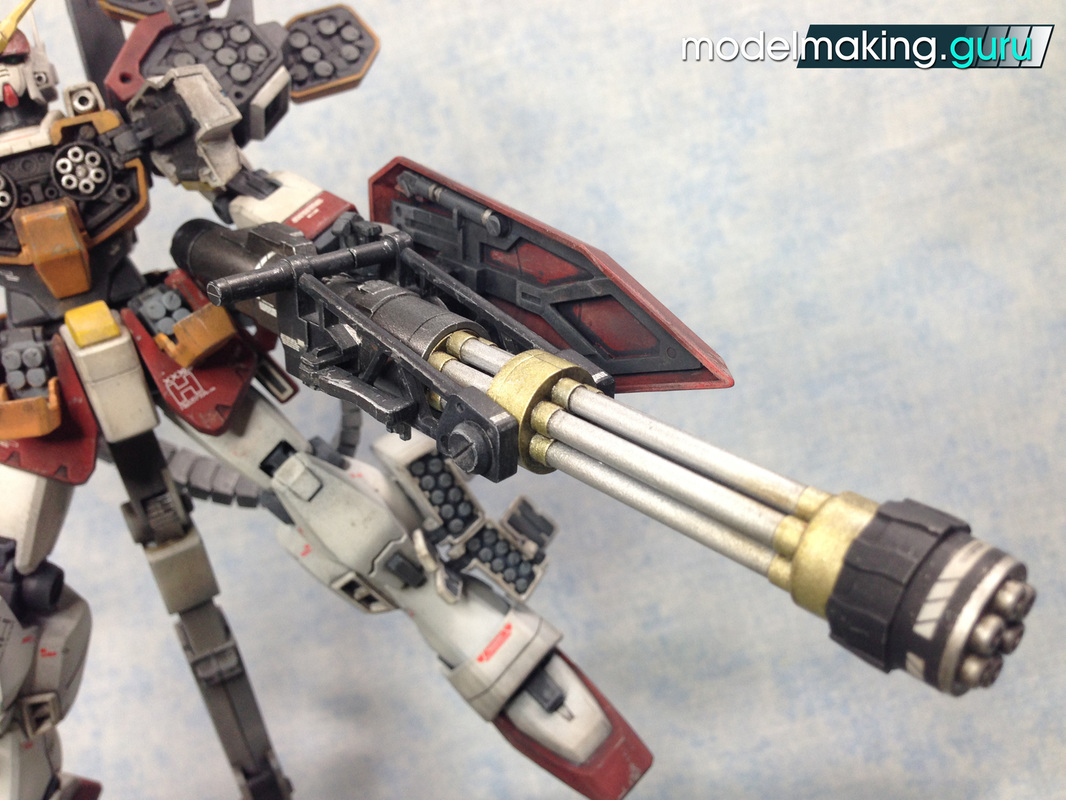 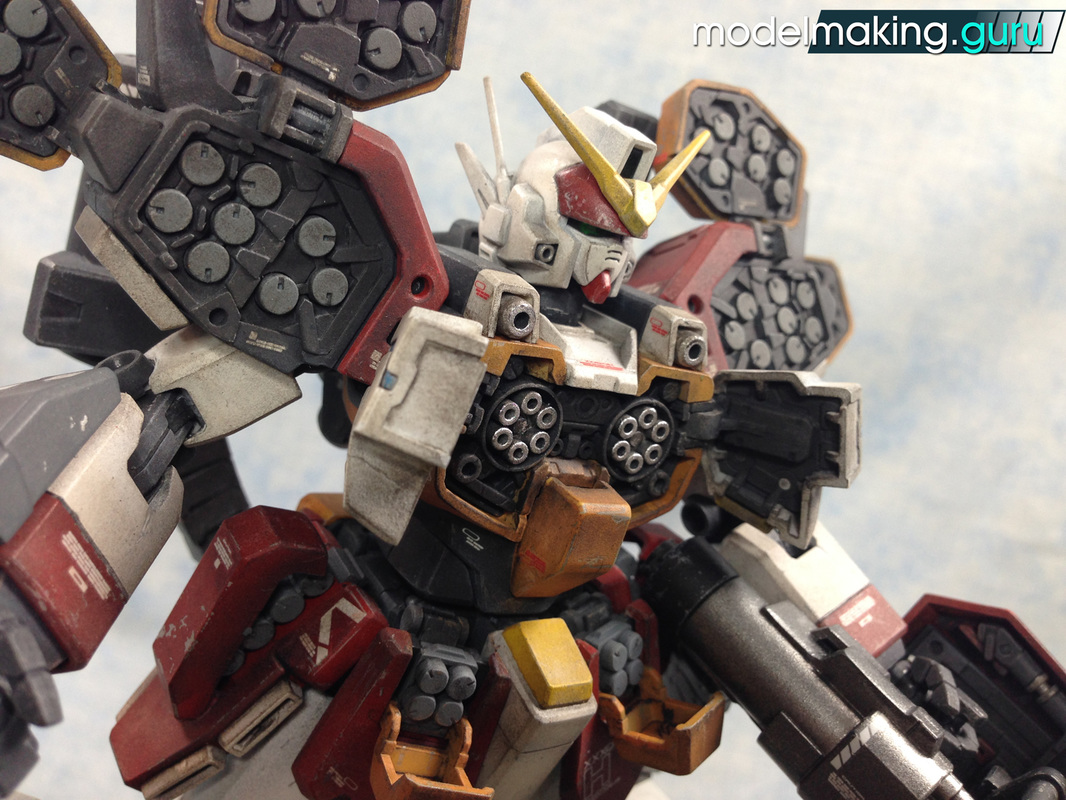 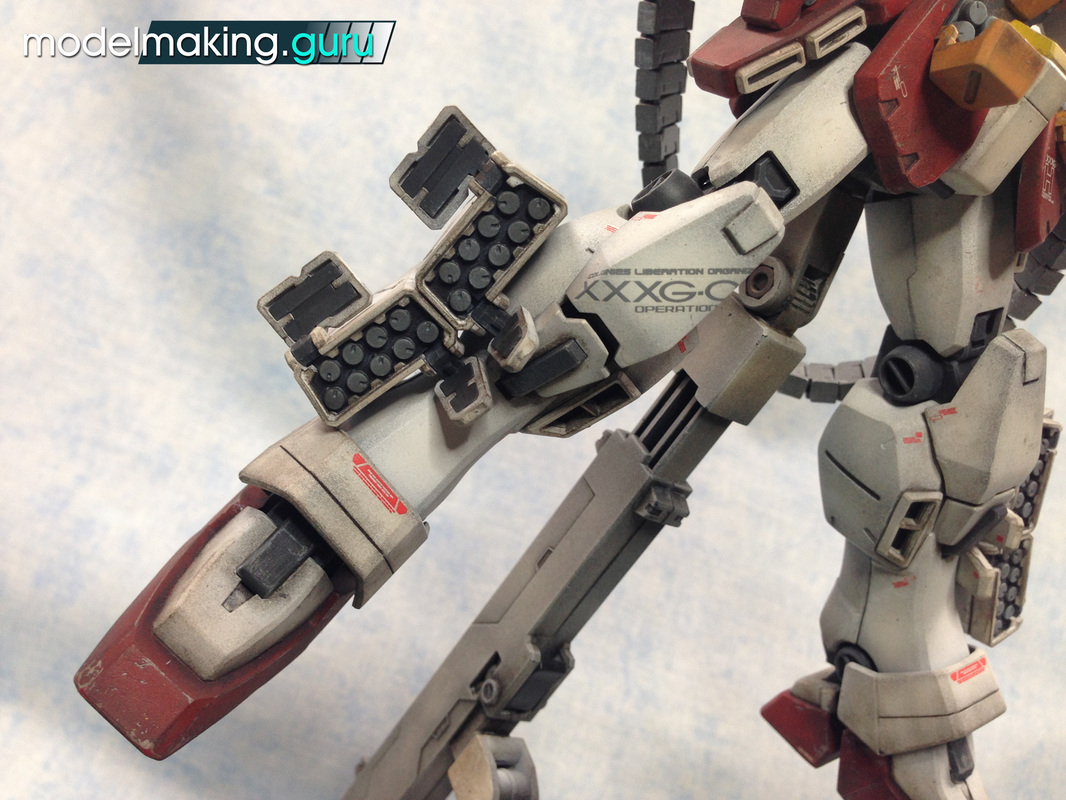 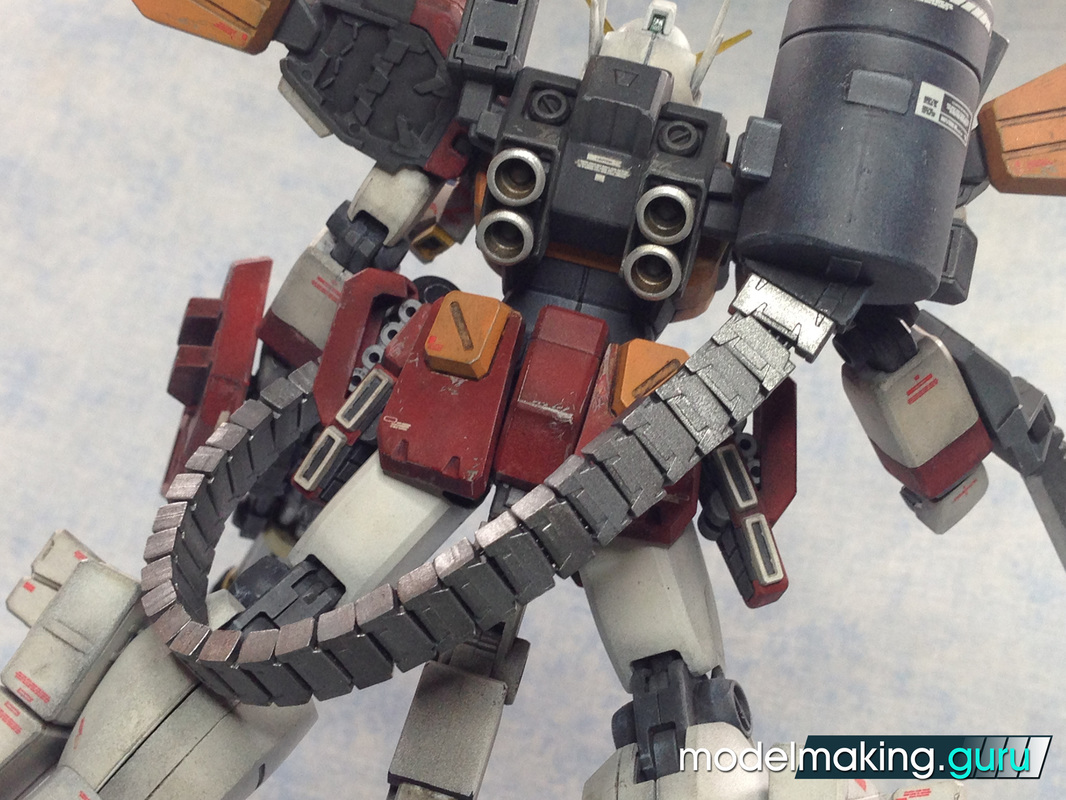 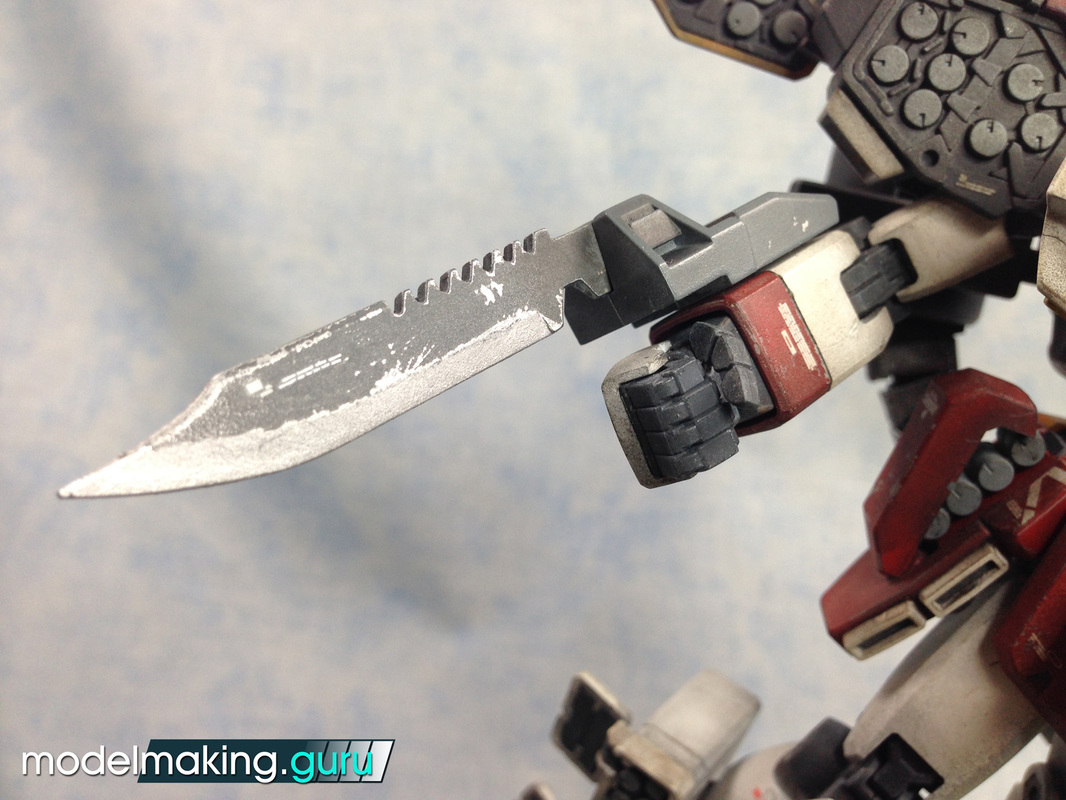 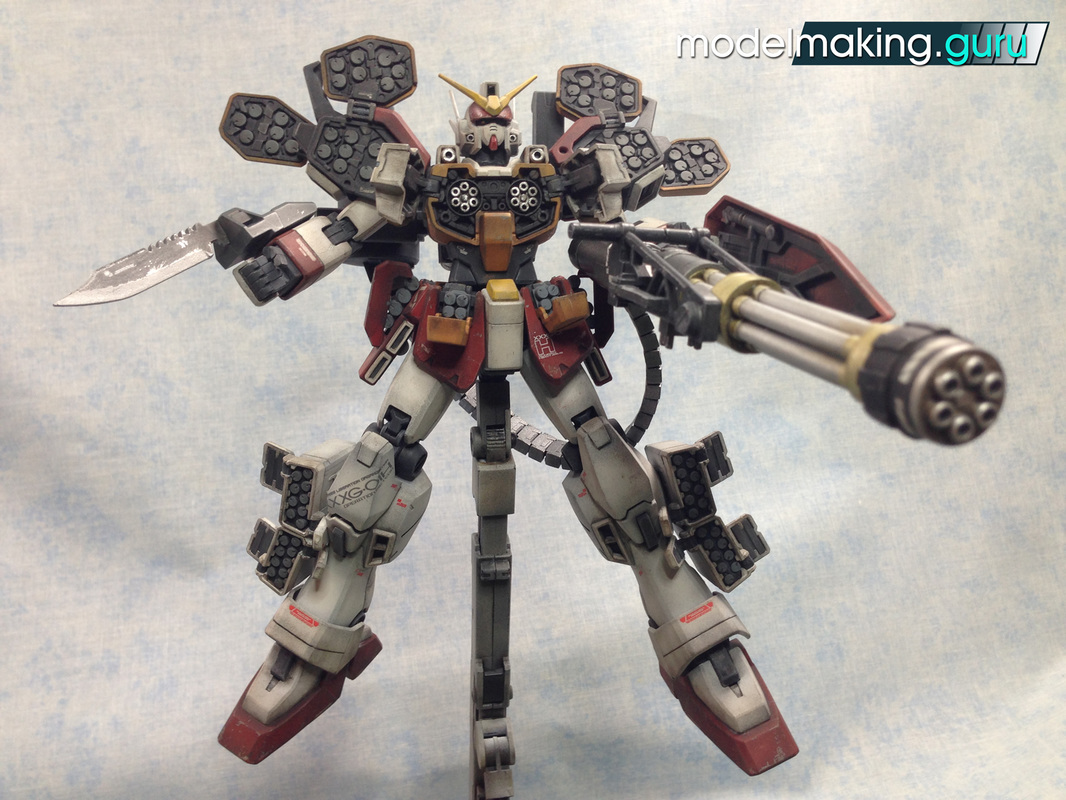 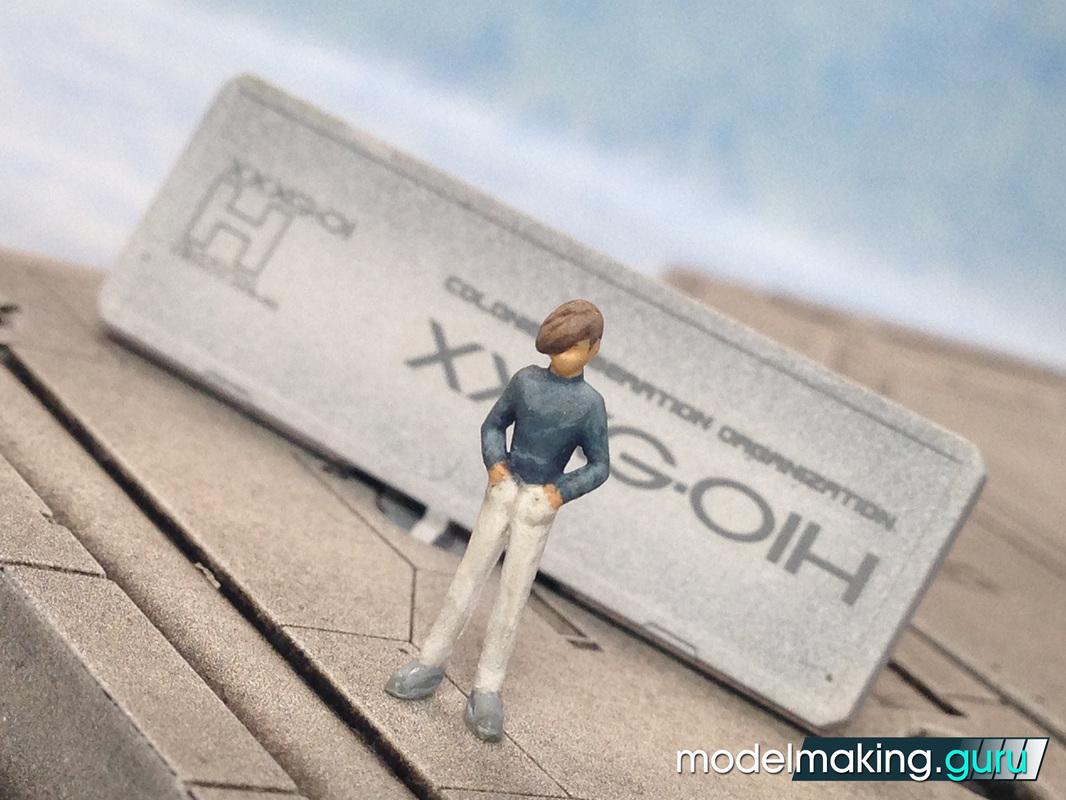 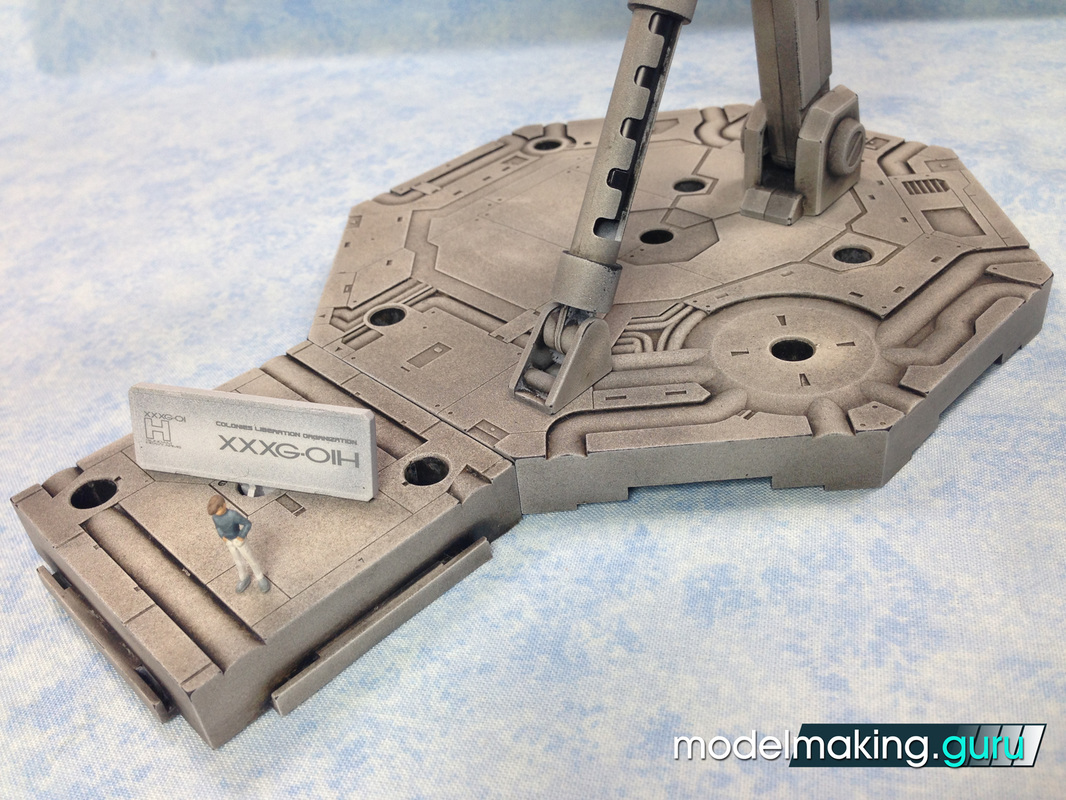